Sweet Returns supports the social & emotional well-being of teens (girls and boys) to foster healthy decision-making into adulthood and beyond. We sponsor programs and partnerships focused on:

Our vision is to engage local and national partners in our mission to shift mindsets and celebrate Halloween traditions with the intention of being engaged the other 364 days a year. We seek to empower youth to make positive choices, to realize their full potential and to create pathways for them to give back to their communities as adults. We want to make it possible for everyone to donate, not only on our website sweetreturns.org, but also through other giving portals such as QR codes on Halloween products in participating stores. Stay tuned for more ways to become involved.

Sign up to stay informed as we grow and expand
our family of supporters and partners!

Thank you for following Sweet Returns!

All donations will support the Sweet Returns / Goddard Riverside partnership to deliver programs for teens, including the Rise Youth Center, which engages young people in positive social relationships and connects them to learning experiences and opportunities. 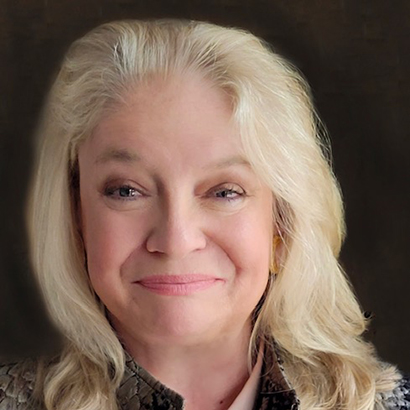 At the age of 8, Marion Hedges and her family moved to West 95th Street where she began to help organize their annual Halloween block party. She and her neighbors would fill the street with pumpkins, ghosts, witches and goblins, while children, all dressed in costume, would go trick or treating safely from one door to the next. The entire community joined in the fun.

On October 30, 2011, while preparing for that year’s Halloween festivities, Marion’s life was forever changed as she returned to her car in a local shopping plaza, after purchasing over one thousand pieces of candy and treats. Three young teens dropped a shopping cart over the 4th floor guard rail striking Marion on the head, causing grievous and life-threatening injuries. Marion’s head was split open, most of her ribs were broken, as was her collar bone. Dr Gaurav Patel, a Columbia Presbyterian resident, heard her son’s screams from the elevator and rushed over to find Marion turning blue because her heart had stopped. Pushing aside security guards (who advised him not to touch Marion), he began CPR, saving Marion’s life. However, the sheer force of the impact, combined with oxygen deprivation to her brain, left Marion with numerous severe deficits, injuries and constant pain.

Marion was initially treated at Harlem Hospital ER and spent several weeks in ICU. Later, she was moved to NYU Langone Hospital where she remained for another six weeks. In 2012, Marion began a six-month outpatient Cognitive Rehabilitation therapy program at Mt Sinai Hospital. She participated in this program three times in an effort to become stronger and to better be able to cope with her cognitive deficits.

While participating in therapy at Mount Sinai, the idea to create an organization to help teens make good life choices, was born. Marion fought hard to regain the mental abilities she lost in 2011. Against all odds, she devised a plan to turn adversity into inspiration; a call to action. She knew she survived for a reason and needed to make a difference. Marion decided she would create a new start for herself while impacting the lives of teens who are often forgotten: those who are too old for youth programs, yet are still too young for college, work or a career. Like the teens who threw the shopping cart, many young teens are stuck in the middle or are left behind, but are crying out for support, guidance and structure.

She named the organization Sweet Returns.

Reminiscing about the block parties of the past and imagining the events she hopes to create in the future for Sweet Returns, Marion is thankful to be alive and appreciative of this platform that affords her the opportunity to inspire change at such a pivotal time.

“With Halloween spending expected to top $10 Billion this year and with people so anxious to make a difference, perhaps a small percentage of Halloween’s harvest could be earmarked, to empower the teens in the middle to make positive choices and realize their full potential and to create pathways for them to give back to their communities for the remaining 364 days of the year.”

Marion is the proud mother of 2 adult children and devoted wife to her “seeing-guide” husband of 30 years, all of whom are native New Yorkers. Marion is also honored to be the recipient of the 2013 Victory Award from the Brain Injury Association of New York State (BIANYS).